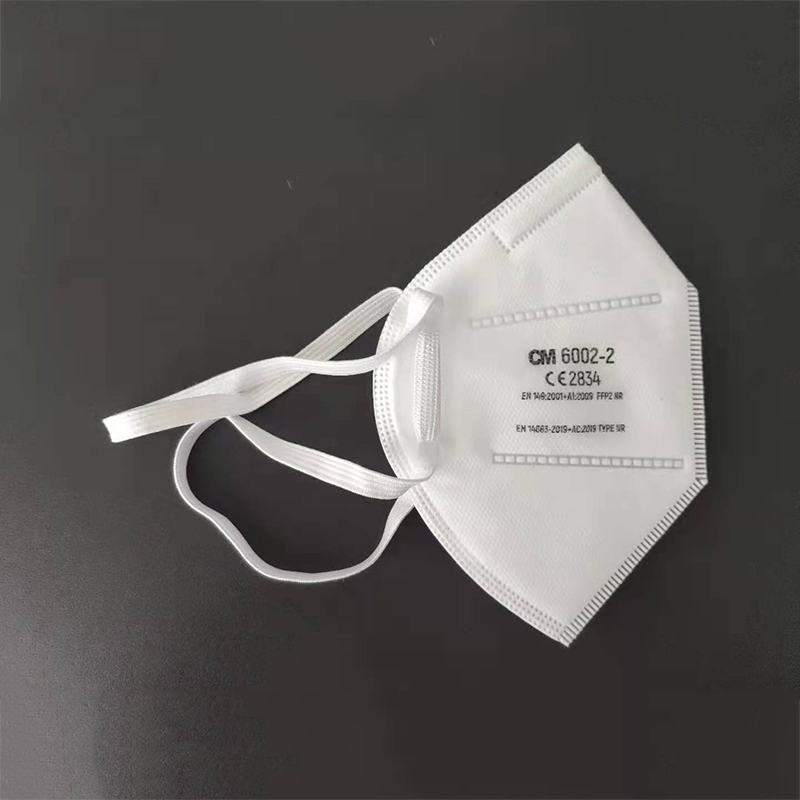 The 6002-2 anti-particle mask is a disposable protective mask that is lightweight and provides users with reliable respiratory protection. At the same time, it meets the user’s need for mask protection and comfort performance.


Send email to us

Use for
• Used to protect against particulate matter generated during processing such as grinding, sanding, cleaning, sawing, bagging, or processing of ore, coal, iron ore, flour, metal, wood, pollen, and certain other materials.

Country of Origin
• Made in China

User instructions
The mask must be selected properly for intended application. An individual risk assessment must be evaluated. Check the respirator that is undamaged with no visible defects. Check the expiry date that has not been reached (see the packaging). Check the protection class that is appropriate for the product used and its concentration. Do not use the mask if a defect is present or the expiry date has been exceeded. Failure to follow all instructions and limitations could seriously reduce the effectiveness of this particle filtering half mask and could lead to illness, injury or death. A properly selected respirator is essential, before occupational use, the wearer must be trained by the employer in the correct use of the respirator in accordance with applicable safety and health standards.

Intended use
This product is limited to surgical operations and other medical environment where infectious agents are transmitted from staff to patients. The barrier should also be effective in reducing oral and nostril discharge of infectious substances from asymptomatic carriers or clinically symptomatic patients and in protecting against solid and liquid aerosols in other environments.

Using method
1. Hold the mask in hand with the nose clip up. Allow head harness to hang freely.
2. Position the mask under the chin covering mouth and nose.
3. Pull the head harness over the head and position behind head, adjust the length of head harness with adjustable buckle to feel as comfortable as possible.
4. Press soft nose clip to conform snugly around the nose.
5. To check fit, cup both hands over the mask and exhale vigorously. If air flows around nose, tighten the nose clip. If air leaks around the edge, reposition the head harness for better fit. Re-check the seal and repeat the procedure until the mask is sealed properly.

Disinfection is the antimicrobial reduction of the number of viable microorganisms to a level previously specified as appropriate for its intended further handling or use. Sterilization is a defined process used to render a surface or product free from viable organisms, including bacterial spores. It also frequently includes the objective of allowing the maintenance of the sterile state

Sterility Test was tested on the product
The population of viable microorganisms present on or in product was tested according to ISO 11737-2: 2009.
Take 10 samples in the package, and inoculate each sample into 100 mL Fluid Thioglycollate Medium (FTM) and 100 mL Trypticase Soy Broth (TSB) after aseptic cutting. The FTM is placed in an incubator at 35°C, and TSB is placed in an incubator at 25°C for 14 days. Add 80cfu Staphylococcus aureus to the culture medium and cultured in the incubator for 5 days as a positive control. For the negative control, 100 mL FTM and 100 mL TSB are cultured in incubators for 14 days. Observe the growth of microorganisms every day.
The results showed that no releases affecting the growth of microorganisms were detected in the test samples. The test article met the criteria, and the test results are valid.
Based on the above results, it can be concluded that under the experimental conditions, the test samples are sterile.